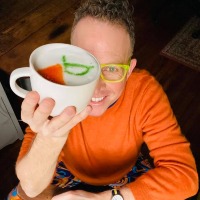 On the retail beat for Retail Brew, part of the Morning Brew empire. More than 500 articles in The New York Times in numerous sections including Business, Style and Arts. Other outlets include New York magazine, Salon, Adweek and Studio 360. Previously served as editor for alternative newspapers in Pittsburgh, Maine and Boise.

Kellogg's, which pioneered foods that make health claims in the 1980s, just found itself ensnared in a UK regulation that targets unhealthy foods.

How the USPS's snubbing electric vehicles could collide with retailers.

The USPS appears to snub the Biden administration's climate agenda with plans to electrify only 20% of its new delivery fleet. Will carbon-reducing companies now snub the USPS?

Tools of the trade: How the clothes hanger found its hook

While we depend on them to prevent wrinkles, the history of clothes hangers themselves has plenty of them.

Why is Memorial Day so big for mattress sales?

June is often the month when many mattress companies introduce new products. And—duh!—mattresses are big, so to make room for the latest models, retailers have to clear last year’s pillowtops out of their warehouses and showrooms.

Tools of the trade: How an Ohio saloonkeeper came up with the cash register

Saloon owner James Ritty suspected that his bartenders were putting payments in their pockets instead of the till. Working with his brother, he invented what would become the first cash register, and making its intention to thwart sticky-fingered employees clear, Ritty called it “Ritty’s Incorruptible Cashier.”

There’s a new drugstore category that’s really growing and, fittingly, is about really growing: beard care. It would have been a challenge to find a single beard-care product in CVS or Target a decade ago, but, in most stores today, the facially hirsute are greeted with an assortment of beard oils, balms, shampoos, and conditioners.

When Eobuwie, an online footwear retailer in Poland, decided to open its first brick-and-mortar location, it made a choice that seemed more than a little counterintuitive. It didn’t put any shoes in it.

Smell that? Scents are a key part of a store's identity, even in Covid

So many things stink about the pandemic, and one of them-thanks to more people in one household working, schooling, cooking, Pelotoning, adopting pets, and showering less-is that it really *does* stink.

It's Long Past Time to Get That Beard Under Control

Good thing men are warming up to some new tools. Some men working from home and growing beards for the first time are coming to the realization that their facial hair is a tangle of waves and curls. But Matt Vilanova discovered how unmanageable his beard can be years ago.

Thanks to better procedures with more natural-looking results, beard transplants are on the rise.

Women Who Dye Their (Armpit) Hair

The Internet is up to its armpits with women who dye their armpit hair, including Miley Cyrus, who displayed her pink underarms in a photo posted on Instagram.

More women are face-shaving, and fears that it will turn them into Zach Galifianakis are unfounded.

About 30 men gathered at the Wall Street Humidor, a cigar shop. They had come to shine their shoes.

Looking for Cheaper Skin-Care Products? Borrow From the Men

A couple of decades ago, men were reduced to borrowing products from women, but now the shoe is on the other well-pumiced foot.

How to Pick A Shaving Brush

Shaving brushes are soaring in popularity, part of a broader resurgence in traditional shaving practices.

For Men, a Gluteus More Maximus

Why men increasingly are getting butt-enhancement surgery and wearing shapewear.

Ain't No Topping Us Now

The hottest trend within the fast-casual segment: build your own. The format was up 22 percent in sales in 2014, compared to 11 percent for made to order.

How Mad Men, by Looking Back, Changed the Future of Advertising

It made the industry sexier, but also made us question how far we'd come

Sales of hand sanitizer surged during the Ebola scare, increasing about 56 percent in October 2014 over the previous year. And a hand-sanitizer billboard company soared.

Call it progress, or clutch your pearls. Bathroom humor that would have been rejected by network standards departments in earlier eras is now sailing through-and going viral.

For Banana Boat, Epic Battles Between Men and Sun

Banana Boat is introducing what it says is a first in the sun-care aisle, a men's line, and the commercials are no day at the beach.

A Thumbs-Up Brings Favorite Artists to Life For Pandora Listeners

How Pandora listeners suddenly got a one-on-one concert.

Fruit of the Loom Sees Workers in Their Underwear

For LinkedIn members who change jobs, a change of underwear.

A stunt to pass off frozen meals as restaurant cuisine backfires for a Con Agra brand.

Weight Watchers Serving Up Understanding to Those Who Eat Their Feelings

A celebrity-free departure for relating to the overweight.

Aiming to Reduce a Stigma, Depend's New Pitch Is 'Drop Your Pants'

Imagining a parade of of the pantless in incontinence products.

More effective than telling smokers that their habit shortens life expectancy: the risk of disfigurement.

Why kosher pet food is not meshugas.

Room at the Inn for Fido, as Long as He's a Lap Dog

Many hotels that claim to be dog-friendly actually shun all but small breeds.

Laying the Lox on Thick, a Dating Site Focuses on Jewish Humor

Hoping to strike a chord, JDate also strikes a nerve.

A Guide to Embracing Life as a Single (Without the Resignation)

A singles site that skirts dating.

Wordsmiths: They Also Serve Who Only Vote on ‘Ain’t’

How a usage panel shapes how we use and pronounce words.

With audiobooks, couples have to compromise on something else besides pizza toppings: authors.

How Should a Book Sound? And What About Footnotes?

The strange case of how David Foster Wallace's voice sounds in his footnotes for his audiobook.

Portrait of a Dog

Photographer Amanda Jones takes pictures of dogs - and her work is in high demand.

What if retired Senator Jesse Helms could recite a lesbian love poem by Gertrude Stein?